This district was established in 2018 and consists of two large residential subdivisions developed in the early 20th century. The purpose of the district is to preserve the character of Savannah's older and historic neighborhoods which lack the protection of a local historic district overlay. Proposed demolition of contributing buildings is reviewed by The Planning Commission to ensure historic buildings are preserved and the character of the district is maintained. 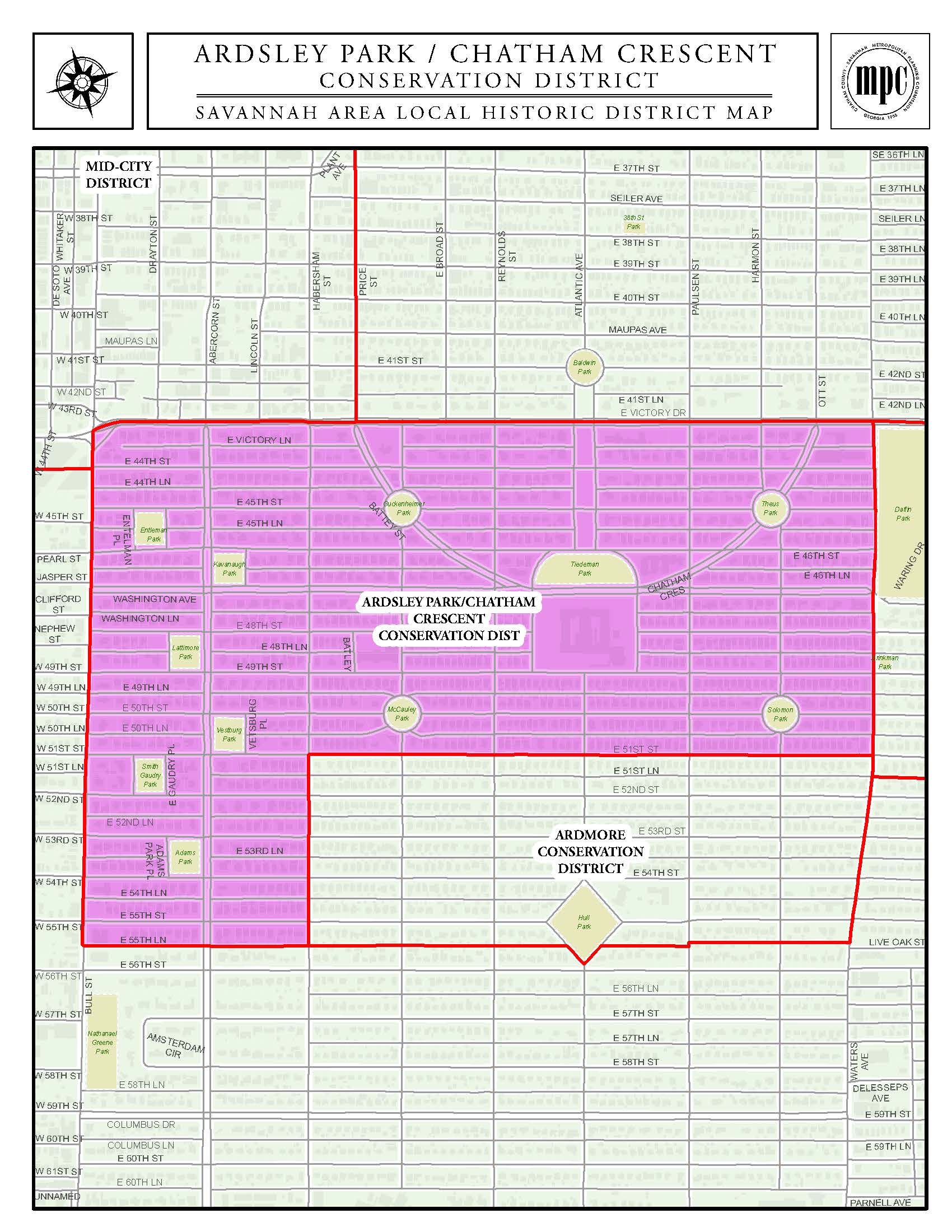