This district was established in 1981 and consists of 45 city blocks developed from the 1860s to the 1920s. Recognized as Savannah's first Streetcar Suburb, the overlay district was developed to promote the general welfare of the city through rehabilitation, conservation, revitalization, and redevelopment of the area. The Historic Preservation Commission reviews demolition, new construction, and other major projects within this district; all other exterior work is reviewed by Preservation staff. 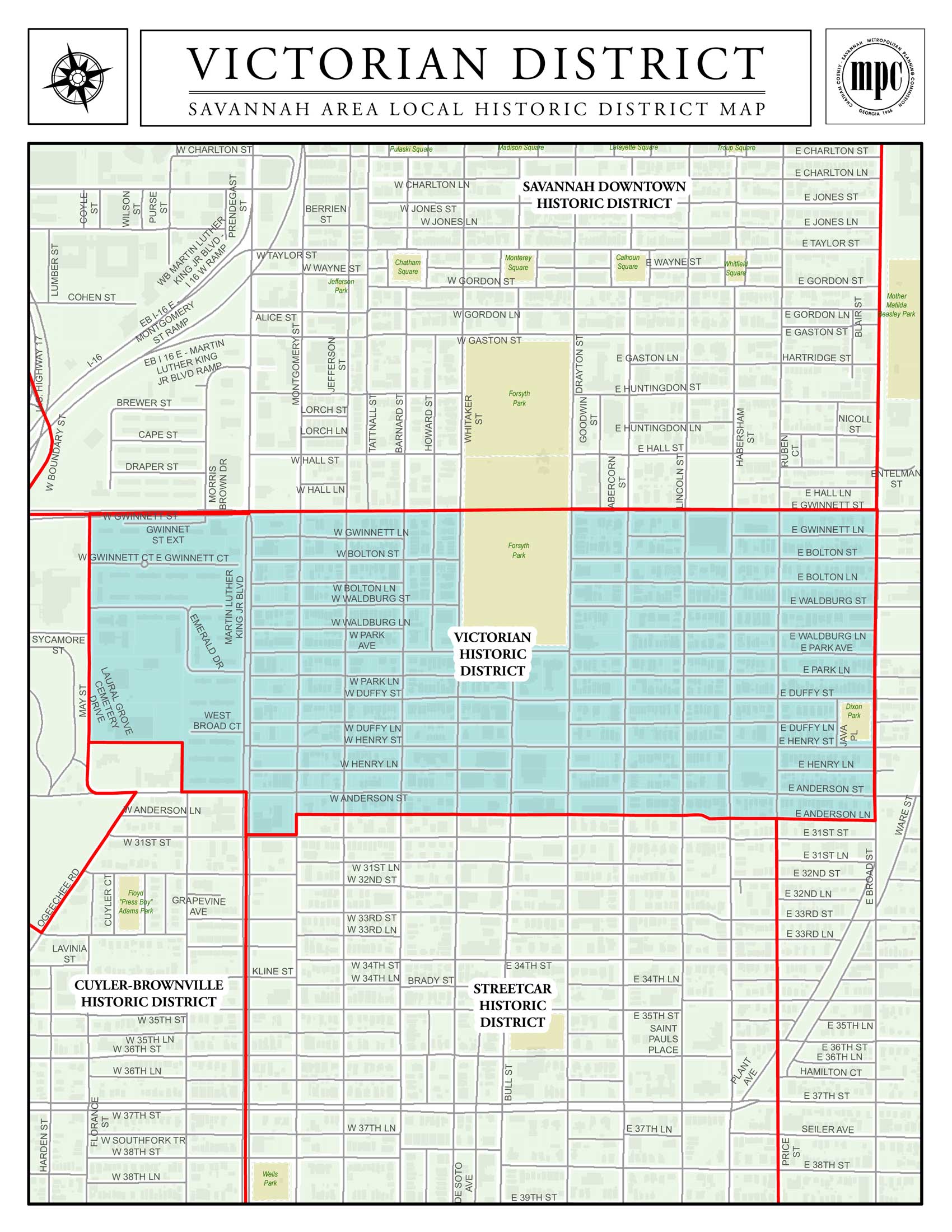